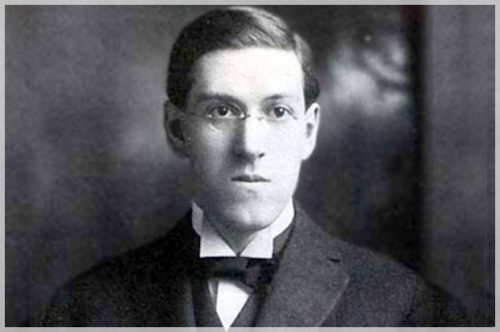 Here are the things I know about H.P. Lovecraft. 1. He was a visionary artist who changed the way we think of horror, fantasy, and science fiction, and his ongoing influence on our literary culture cannot be overstated. 2. He was a xenophobe and a racist.

The question is–which one matters?

To me, the answer is simple.

This debate is not a new one, and the battle lines are fairly well drawn. On one side, there’s the group of people who demand that we denounce Lovecraft, that we judge him by his social views, strip him of all honor, remove his name from all awards, and generally condemn him. On the other, there are his apologists who not only think that his racism wasn’t all that bad but think that no matter how bad it was, we shouldn’t care because of his overall influence.

I take a third course. I don’t think you can separate Lovecraft from his views, but I also don’t think those views necessarily define his legacy. The fact is, we make that compromise all the time. Jefferson was a slaveholder. He also wrote the Declaration of Independence, and that document, along with some of the others he crafted, serve as the basis for our belief that all people, regardless of race, color, or creed, are created equal. Gandhi is universally beloved, but he was also a bit of a racist and sexist himself. But that’s the thing about people: they are not perfect, they have flaws, and they will disappoint you. As the psalmist says, “Put not your trust in princes, in a son of man, in whom there is no salvation.”

Lovecraft was flawed, and his flaws were not unfamiliar for the time in which he lived. This is not to excuse Lovecraft by the morality of his day; it is to simply recognize that he lived during a time of scientifically supported racism and eugenics. We can judge him by today’s morality if you like, but remember this. Unless you believe that we are the most advanced society possible, know that it is likely that things you do today will be judged harshly in the future. Whether it’s eating meat, hunting, or listening to Justin Bieber, the times will change, and you may find yourself on the wrong side of history.

But that’s not even my point. My point is that regardless of who Lovecraft was, we can appreciate and even celebrate what he accomplished. And some of that might even have stemmed from his own weaknesses. Could anyone other than someone as xenophobic as he was so perfectly have captured the sense of “the other?” Personally, I don’t think so.

So don’t whitewash Lovecraft. Don’t act as if he is something different than he was, or that he is beyond reproach. Don’t deify him. And for goodness sake don’t model your own life or moral beliefs after his. But don’t demonize him either. Despite what Lovecraft might have thought, the world is not so black and white as that.