So How Many of You Forgot Rue was Black?

(I promise this is not turning into a Hunger Games blog.  I just think these things are interesting.) 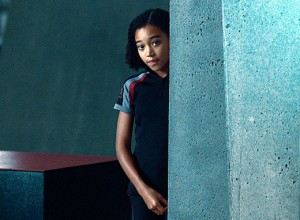 So the Internets and the Twitterverse are all . . . a-twitter . . . about the reaction some Hunger Games fans have had about the choice to portray the character of Rue as a young black (African-Panemian?) girl.  There’s been a backlash to this reaction, with a lot of people throwing around the dreaded “racist” charge.

Let’s start with the facts—Rue is black, people.  She’s described in the book as having dark skin and dark eyes.  Her District 11 cohort, Thresh, is described in the same way.  Her district is largely agricultural, leading some to argue that District 11 is carved out of what remains of the southeastern part of the United States and is largely African-American.  I understand that shots of District 11 in the movie support this view. 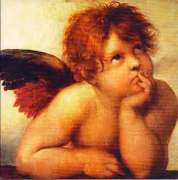 The Rue we expected.

Despite that fact, it seems that the image most people have in their head of Rue is that of a blue-eyed, blond haired, cherub of a little girl.  Some of them expressed this view on Twitter and Facebook.  A few (though not most, I hope) went so far as to imply that they could not imagine a positive, hero character as being black.  I don’t have much to say about that.  Another segment were outraged at what they saw as the politicization of their beloved novel, erroneously believing that the directors had engaged in a bit of political correctness in choosing the cast.  Besides overlooking what is written in the book, these people apparently ignored the fact that Suzanne Collins, the author of The Hunger Games, retained a good amount of creative control over the production, and probably would have vetoed such a choice if it actually affected her vision.

But I’m not that concerned about those people either.  I’m writing to defend the vast majority of people out there who simply noted that they didn’t realize Rue was black.  I think they’ve been unfairly labeled as racists, a vitriolic charge in today’s world.  Most of the people who read The Hunger Games simply succumbed to a fairly common occurrence—they saw the characters in the archetypical way of their society and themselves, no matter what the author intended or expressed.

Seriously, a sociologist should do a study and name the phenomenon after me.  Advice to writers—if you want one of your heroes to be ugly and overweight, you need to hammer that into the heads of your readers.  Because if you don’t, the women will always be beautiful, and the men will always be studs.  Rue is portrayed as being this sweet little angel.   So how did people view Rue in their minds?  As a cherub, as the typical American girl.  It doesn’t help that Collins repeatedly compares her to Katnis’s sister who is in fact just that.  This wasn’t a racist reaction. 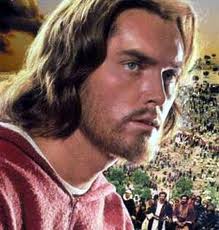 Now hold on, are you saying this is not an accurate representation?!?!?

It’s the same reason that most Americans think Jesus looked like a blue-eyed, handsome European.   We conceptualize the world in our minds in a specific way, a familiar way.  Those who made a mistake about Rue’s race were simply succumbing to the same phenomenon that has vexed many an African-American parent whose daughters repeatedly choose white dolls over black ones.  Who knows, maybe The Hunger Games can do something to nudge us away from that problem.

Now, you can call this cultural racism if you want, but I still think that phrase is too strong.  Racism has become like Nazism—the word is so charged, it’s so filled with vitriol, and it’s thrown around so often, that it no longer functions as a good descriptor for most situations.  This is one of them.  The mind does funny things.  I don’t think that makes everyone who forgot that Rue was black a racist.

My two cents, now take it to the comments.

3 responses to “So How Many of You Forgot Rue was Black?”