31 Days of Halloween: Children of the Dark

Jonathan Janz is a name with which I was wholly unfamiliar until recently. Apparently, I’m just about the only one. Janz’s novels are well and often reviewed, with people from Brian Keene to Jack Ketchum praising his creativity and bold style.

And yet somehow, I totally missed him. But no more, friends! I’m on the Janz train after reading a book of his I could barely put down–Children of the Dark. Cue the synopsis!

Will Burgess is used to hard knocks. Abandoned by his father, son of a drug-addicted mother, and charged with raising his six-year-old sister, Will has far more to worry about than most high school freshmen. To make matters worse, Mia Samuels, the girl of Will’s dreams, is dating his worst enemy, the most sadistic upperclassman at Shadeland High. Will’s troubles, however, are just beginning.

Because one of the nation’s most notorious criminals—the Moonlight Killer—has escaped from prison and is headed straight toward Will’s hometown. And something else is lurking in Savage Hollow, the forest surrounding Will’s rundown house. Something ancient and infinitely evil. When the worst storm of the decade descends on Shadeland, Will and his friends must confront unfathomable horrors. Everyone Will loves—his mother, his little sister, Mia, and his friends—will be threatened.

And very few of them will escape with their lives.

Let’s be honest: characterization is often a weakness in horror writing. Plot and a good hook tend to be the focus, but the characters tend to fall by the wayside. Cardboard cutouts are common, and with most of the characters with little more to do than wait to die, there’s little reason to give them much of a background.

But that’s not Janz’s approach. You know every character in the book in the first five pages, and by the next ten, you care about them, too. And you forget they are supposed to be young teenagers (a good thing, as I generally do not like stories about kids). Even the romance works.

And that’s a good thing, because I feel as though the plot itself is just so-so. It’s not bad, mind you, and the book is a page turner, but more so because I really wanted to find out what would happen to these people. There are some inconsistencies. For instance, SPOILER ALERT, some of the characters are able to read minds. But at key moments, it’s suddenly as if they can’t, with the good guys managing surprise attacks that should never work.

But as flaws go, that’s not exactly a big one. This October, Children of the Dark is exactly the kind of book to set that Halloween mood. 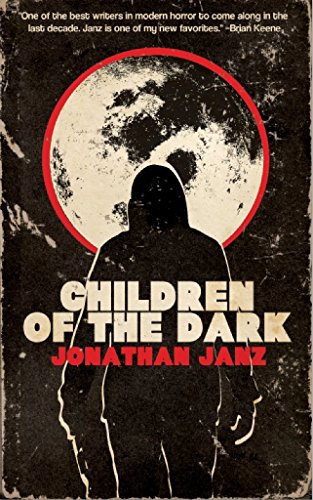