31 Days of Halloween: The Immortal Body by William Holloway 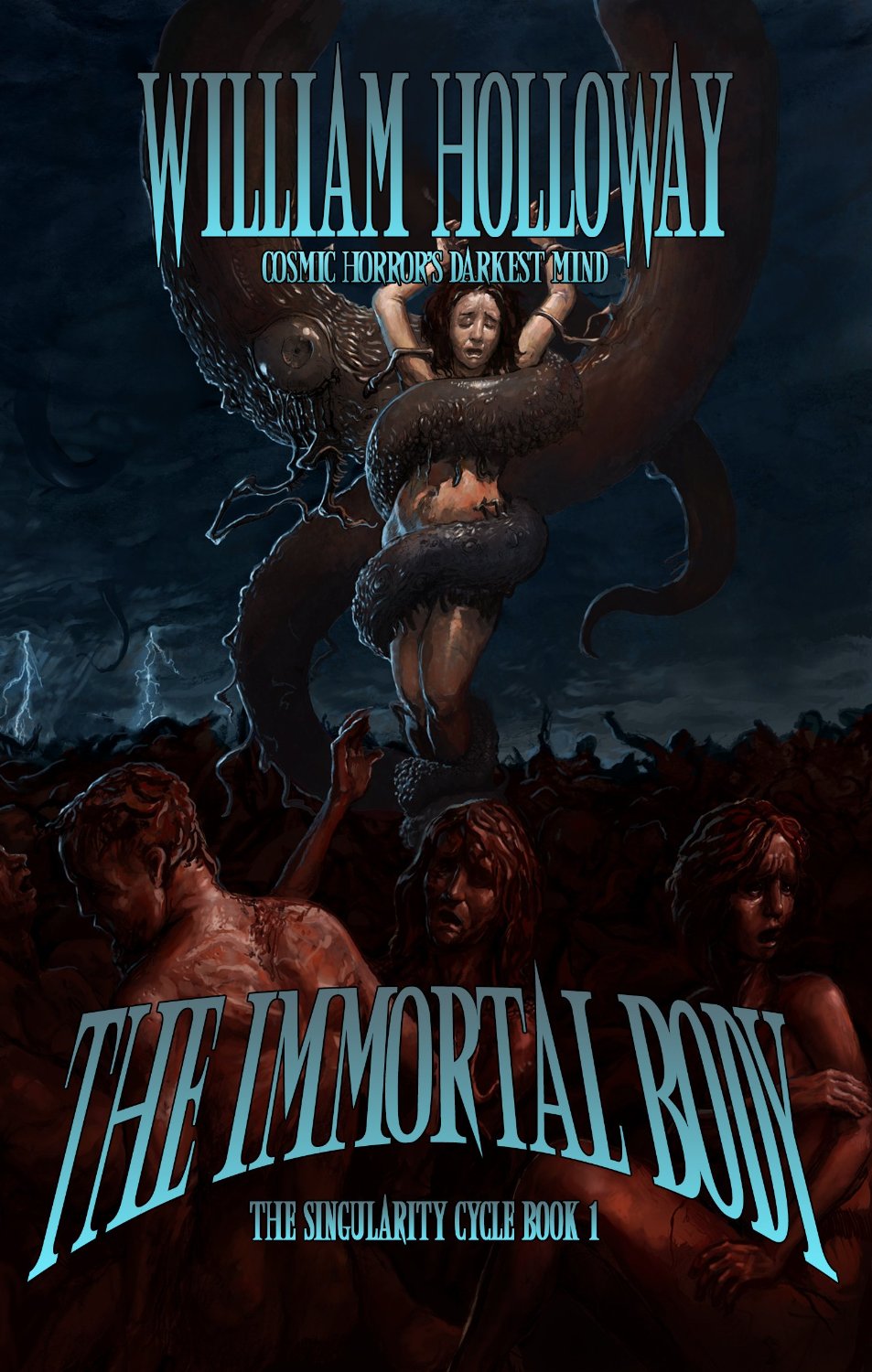 When I set out to write That Which Should Not Be, one of the reasons I decided to include so many Lovecraftian themes was out of my own sense of disappointment in modern Lovecraftian fare. There just wasn’t a lot of it that was any good. So I wanted to write some that was. Now, we can quibble over whether or not I succeeded, but I think we can all agree that while vampires and werewolves and witches have all had their day, Lovecraft and the world he created has been sorely neglected. Since I’ve written the book, I have come across some really good Lovecraftian novels, including John Hornor Jacobs Southern Gods and Laird Barron’s The Croning. But the best one yet is The Immortal Body, by William Holloway.

Here’s the description from the book jacket:

Detective John Mitchell thought he understood murder. But that all changes when monsters are born during a faith healing at a local church.

Psychic Medium Sarah Lynn Beauchamp thought she understood the dead, but the dead have a new plan for her.

SAS veteran Dr. Menard thought the War was through with him until an unspeakable evil returns from the depths of a forgotten time.

Behind it all, a mysterious figure lurks, controlling the actors from the shadows, ushering an end to reason, sanity and the world as we know it.

Pretty creepy huh? One of the problems with Lovecraftian fiction is that it is often insular; it’s hard for outsiders to break in. The Immortal Body doesn’t have that problem. It’s a murder mystery, a supernatural thriller, and a weird tales epic all rolled into one. The story is also relentless–it’s not for the faint of heart, and it sets the tone immediately that anything, no matter how horrible, can happen in this world. In fact, the more horrible the better.

Here’s the most exciting thing of all. The Immortal Body stands alone, but the story doesn’t end when the final page turns. This is epic story telling, the first in a seven part series of what promises to be the greatest Lovecraftian horror epic ever written. I cannot wait to see what comes next. Well, that’s actually not true. I’ve had the opportunity to read the sequel. And all I can say is that it is tremendous. You want to be on this train from the very beginning.

All in all, a great book that I recommend without hesitation to anyone that can handle some pretty hardcore violence and adult language. But be warned–you might just find it harder to sleep at night once you see the world through the eyes of the immortal body!