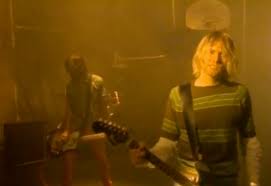 So I was listening to DC 100.3’s countdown of the “500 Greatest Songs of All Time.” Being a rock station, this was of course limited to classic rock. I could complain about the horrendous  ranking system (457. Me and Bobby McGee 350. Come Together 11. Life’s Been Good), but that’s not really what I’m interested in. What I want to talk about instead is the weird way we classify music.

It wasn’t always weird. There was a time it worked perfectly. Let’s use 1991 as our base year. In 1991, it was pretty easy to group music together. You had the Oldies, which was basically all rock and roll before 1962 or so and pretty much all of Motown. Classic Rock came from the 60s and 70s. Then there was 80s music which ran into the early 90s. And then there was this newfangled Alternative, with Nirvana, Smashing Pumpkins, Soundgarden, etc.

I submit to you that, in the last 22 years, nothing has changed. The Baby Boomers froze popular culture, at least when it came to music, in their own image.

Consider. Smells Like Teen Spirit came out in 1991. That’s 22 years ago (hard to believe, I know). 22 years before that, arguably the best song on the radio was Whole Lotta Love by Zeppelin. I can guarantee you two things. When the classic rock station did its Memorial Day countdown in 1991, Whole Lotta Love was on it, just as it was on this year’s countdown. But I can also promise you that Smells Like Teen Spirit was not on this year’s countdown, 22 years after its debut.

Somehow, the way Baby Boomers view the musical world–broken down into the music that was popular when they were kids (oldies), the music that they came of age to (the classic rock of the 60s and 70s), the music that was popular during the height of their careers (the 80s), and the music their kids listened to (alternative) has simply become set in stone. Classic Rock stations have made some concessions to the passage of time–adding in a fair amount of 80s music and select groups like U2 and Metallica–but the music of the 90s and early 2000s is left without a real home. You hear it on campus radio stations. You hear it on stations that play current hits. But where is the 90s station? Why don’t Classic Rock stations play Nirvana and Smashing Pumpkins? I can only guess it is because Baby Boomers maintain a lock on radio listenership, and they do not want to hear alternative music mixed in with the music of their youth.

It’s no surprise that more and more of the younger generation are moving away from radio to services like Spotify. I just wonder if there will ever be a tipping point where things change. On any list of the 500 Greatest Rock songs of all time, Smells Like Teen Spirit should be near the top.

Certainly higher than Life’s Been Good.