Movie Remakes and the Horror Genre 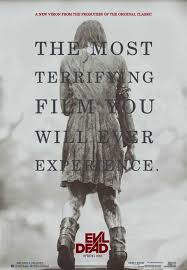 When it comes to movie remakes, no genre is immune. When Casablanca, arguably the greatest movie ever (I prefer The Godfather) gets remade, you know that anything goes in Hollywood. But when it comes to remakes, there’s the horror genre and there’s everybody else. When it comes to our genre, nothing seems to be sacred.

Do I need to list them to prove my point? Let’s put aside remakes that make sense. By the time The Mummy came along, it had been 67 years since the original first took the silver screen. And the 1999 version was demonstrably different than the original. It was a film for a different era and a different group of people. Same thing with new takes on Dracula or the werewolf. But most remakes? Not so much.

Take Psycho. Did the world need a remake–and a shot for shot one at that–of one of the greatest horror films, nay, the greatest films, of all time? Does anyone hold out hope that the planned Susperia remake–reportedly shelved–will even approach the original? What about The Hills Have Eyes? Last House on the Left? Friday the 13th? Nightmare on Elm Street? Remakes, re-imaginings, reboots. They are all the rage, and most people hate them. Which brings me to Evil Dead and the reason for this post.

Unless you’ve been living under a rock, you know that the Evil Dead has been remade, complete with the endorsement and participation of Bruce Campbell and Sam Raimi. I haven’t seen it, but initial reports are not promising. But I will go see it, and that’s the rub.

Movie studios are like any business. They want to make money, and they want to stay in business. And it’s much easier to sell a known quantity than it is a new invention. The name Evil Dead is worth untold millions. If the same film had a different name, it might not even make it into the theaters. We, the buying public, fall right into their trap. We go and spend our money on movies that too often disappoint us. We willingly expose yourself to movies that sully a part of our childhood–because no matter how much you try, you can’t forget that awful Nicholas Cage version of Wicker Man, any more than you can forget that The Matrix has two sequels  So the cycle repeats itself, and worthy movies are pushed out to make room for sequels that provide a guaranteed return.

But of course, I am as much to blame as anyone. I’ll be seeing the new Evil Dead soon. Afterwards, I’ll post a review here, one that I hope involves me eating my words. But I doubt it, and I curse my own contribution to a problem that isn’t going away anytime soon.

Interested to hear your comments and solutions, if you have them…

2 responses to “Movie Remakes and the Horror Genre”